Hamedan Province is one of the 31 provinces of Iran. It covers an area of 19,546 km² and has a population of over 1,82 million (2008). Its capital is Hamedan city. Hamedan province is one of the most ancient parts of Iran and its civilization. The city of Hamedan laid on the Silk Road.

The province lies in an elevated region with the ‘Alvand’ mountains running from the north west to the south west. These are part of the Zagros mountain range. Hamedan enjoys temperate warm summers and relatively cold winters.

According to local Jewish traditions, the City of Hamedan is mentioned in the Book of Esther as the capital of Ancient Persia in the days of King Ahasuerus. It was then known as Shushan. The Tombs of Mordecai and Esther are located in modern-day Hamedan. 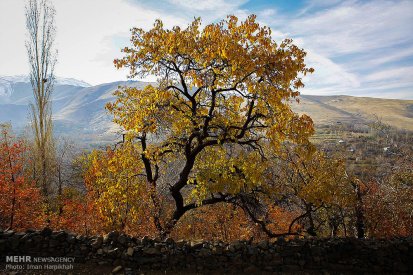 Today’s Hamedan is what is left of Ecbatana, The Medes’ capital before they formed a union with the Persians. The poet Ferdowsi says that Ecbatana was built by King Jamshid. During the Parthian era Hamedan became the summer capital and residence of the Parthian rulers. After the Parthians, the Sassanids constructed their summer palaces in Hamedan as well.