Hannibal Alkhas (1930 – 2010) was a Christian Iranian sculptor, painter and author. His work is deeply inspired by the ancient bas-reliefs and stone sculptures of Ancient Assyria, Babylon and Daric-Persia.

Alkhas was born in 1930 in Kermanshah, Iran, and died in California on Sept. 14, 2010. His father was Assyrian writer Rabi Adai Alkhas and his uncle, John Alkhas, is one of the most famous Assyrian poets in the 20th century.

After spending his childhood and teenage years in Kermanshah, Ahwaz and Tehran, Hannibal Alkhas moved in 1951 to the United States and studied philosophy for three years at Loyola University of Chicago, Illinois. In 1958 he received his Masters of Fine Arts from the Art Institute of Chicago.

In 1959, after the death of his father he returned to Iran and began to teach painting, drawing, and art history at The Tehran School of Fine Arts”. During this time he established the successful “Gilgamesh” gallery, the first modern art gallery in Iran where aspiring young artists were introduced. 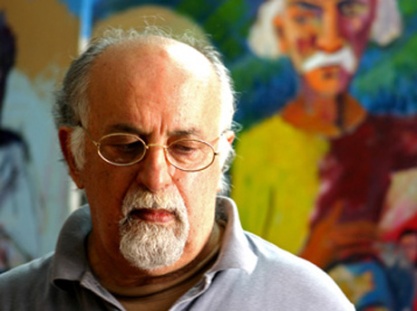 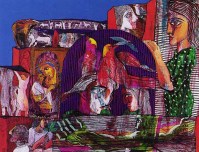 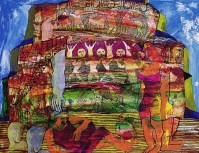 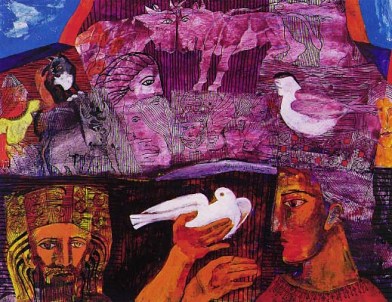 Ziggurat – The dove of peace 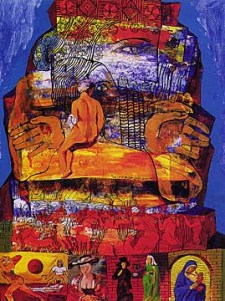 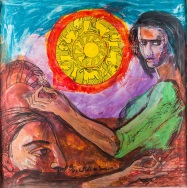 Portrait of Nima Yoshij, the Father of modern Persian poetry 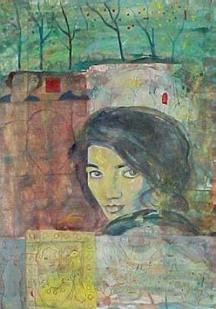 Portrait of Forough Farrokhzad, the most famous woman in the history of Persian literature 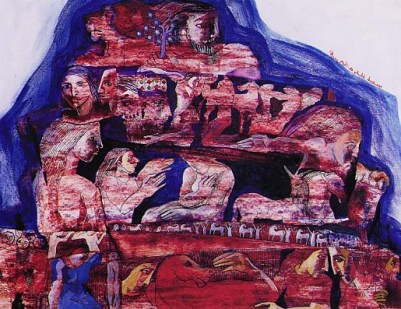 In 1963 he returned to the United States and taught at “Monticello College” in Illinois where he became the chairman of the art department. In 1969 Alkhas again returned to Iran and spent the next eleven years teaching at Tehran University.

In 1980, back in the United States where he stayed for the next twelve years he taught art at the Assyrian American Civic Club in Turlock, private colleges, and at the University of California at Berkeley and Los Angeles.

From 1992 on, he taught at diferent campuses of the Azad Isalmic University of Iran while he also taught painting privately and worked as an art critic writer in various Iranian magazines. His painting style sought to vitalize the historic processes within the passing moment, using past and present separately and simultaneously whether through content or form, he mixed expressions from six thousand years ago, today and the future.

Alkhas also illustrated book covers and translated Hafez’ lyrics into Assyrian. Before his death he was working on the completion of his Assyrian reproduction of the tragedy of Rustam and Sohrab, which was to have a happy ending. He hold a number of one-man shows, group art exhibitions, and traveling exhibitions in Southern Iran, South Korea, Europe, Canada, Australia, Cyprus and Israel. Aside from being displayed in his own gallery, his paintings are featured in the Fine Arts Museum and Gallery of Modern Art in Tehran and the Helena d’ Museum in Tel Aviv.