“MY NAME IS NEGAHDAR JAMALI AND I MAKE WESTERNS” he introduced himself with self-confidence and without any weakness in his statement; not in the Monument Valley or in the Grand Canyon but in Shiraz and the deserts surrounding the city. He has been making Western films continuously for the past 35 years under hard conditions, and this film is about the struggle with his family, friends and society to make what he likes the most in his life “Western Movies”. 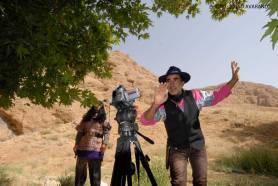 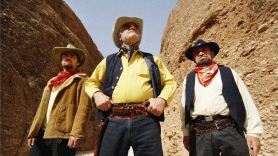 While “My Name is Negahdar…” might begin as an oddity it soon evolves into a moving tribute to a man who will let nothing separate him from his art. “I almost fell into the trap of making a social documentary but then I realised that with this film cinema is the only thing that matters,” said Heidari.

“It is about a man and his love for cinema and for making cinema. His love for cinema is just so pure. He doesn’t want to make money out of them, he just wants to make these films and he puts everything he has into it,” he said. “It’s inspiring and a lot more honest to just tell his story.”

My Name Is Negahdar Jamali And I Make Westerns (trailer):