Nishapur or Nishabur from Middle Persian “New-Shabuhr” (meaning New City of Shapur, Fair Shapur, or Perfect built of Shapur) is a city in the Razavi Khorasan Province, in northeastern Iran, situated in a fertile plain at the foot of the Mount Binalud. It has an estimated population of 239.000 (as of 2011). Nearby are the turquoise mines that have supplied the world with turquoise for at least two millennia.

The city was founded in the 3rd century by Shapur I. Nishapur later became the capital of Tahirid dynasty and was reformed by Abdullah Tahir in 830. In 1037 it was selected as the capital of Seljuq dynasty by Tughril.

It reached the height of its prosperity under the Samanids in the 10th century, but was destroyed by Mongols in 1221, and further ruined by other invasions and earthquakes in the 13th century.

After that time, a much smaller settlement was established just north of the ancient town, and the once bustling metropolis lay underground—until a team of excavators from the Metropolitan Museum arrived in the mid-twentieth century. They worked at Nishapur between 1935 and 1940, returning for a final season in the winter of 1947–48.

The excavators had been drawn to the city because of its fame in the medieval period, when it flourished as a regional capital and was home to many religious scholars. It was also known as an economic center—Nishapur was located on the Silk Road.

The city was an important center for the manufacture of glass, metal, and stone vessels. The distinctive ceramics produced in Nishapur were traded around the region, and have been found at Herat, Merv, and Samarqand.

In addition, Nishapur was a source of turquoise and a center for growing cotton, producing cotton textiles as well as several types of fabric incorporating silk. One of the most unusual products of Nishapur, however, was its edible earth, which was believed to have curative properties. 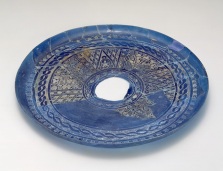 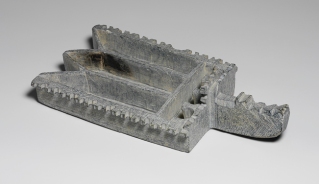