The opera of “Kalileh and Demneh”, arranged and conducted by Mohammad-Ali Fallahi, was performed by children younger than 12 years old at the Hafez Hall in Shiraz.

Kalileh and Demneh is a collection of didactic animal fables, with the jackals Kalileh and Demneh as two of the principal characters. Originally from India (between 500BCE and 100BCE), the fables were translated into many languages, undergoing significant changes in both form and content. In Persian literature Kalileh and Demneh has been known in different versions since the 6th century CE. In Sanskrit literature the story cycle is known as Panchatantra, while it was often called Fables of Bidpai in early modern Europe. 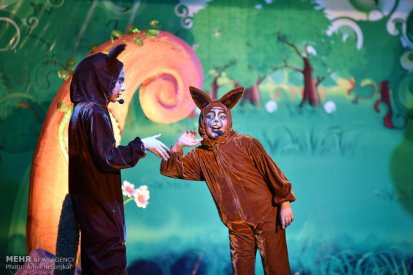