Iranian entrepreneurs and business owners gathered in Berlin for a three-day start-up conference to explore opportunities in Iran’s high-tech sector.

The iBRIDGE Berlin conference was opened by American start-up guru David McClure with a keynote speech to more than 80 business owners coming from Iran, Europe and the US.

The conference attracted over 2,000 attendees and online viewers, aimed at studying the role that a high-tech entrepreneurial ecosystem can play in Iran’s economic development and diversification. 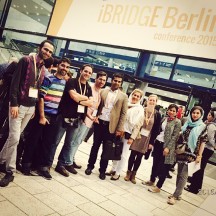 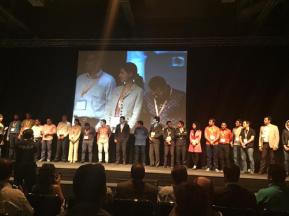 The event featured keynote speeches, panel discussions, dozens of workshops and breakout sessions, as well as touring local start-ups in Berlin, widely regarded as the hub of newly-established businesses in Europe.

According to organizers, the conference was to focus on start-up mentorship, investment guidance and exchange of ideas like branding and marketing of products and services. Panel groups also dwelled on branding design, social innovation, social entrepreneurship in Iran, venture capitalism and big data.

iBRIDGE Berlin is a sequel to iBRIDGE Berkeley, the innovative conference held at the University of California, Berkeley on September 6, 2014.

About iBridges
The iBRIDGES initiative is an open, inclusive and collaborative community, free from any political or ideological affiliations, that works towards bringing to life a diversity of initiatives, platforms and spaces that all tangibly serve to contribute to the development of the high-tech entrepreneurial sector in Iran.  The initiative was started in 2014 as a collective effort of Iranians interested in and involved with high technology entrepreneurship in the US.