Chinese cooks and artists offered traditional dishes and handicrafts to the visitors and Iranian artists performed traditional Persian music to celebrate the event. Iran’s Red Dragon International Wushu Association performed lion dance, a tradition in Chinese culture in which performers mimic a lion’s movements in a lion costume. Another part of the celebration was bian lian (literally: face changing), an ancient Chinese dramatic art where performers wear colored masks which they change from one face to another almost instantaneously with the swipe of a fan, a movement of the head, or wave of the hand.

Chinese Lunar New Year is also known as Spring Festival, as the season signifies a new start from the depths of winter, and the corresponding holiday carries the same meaning in Iranian culture. Nowruz, as the Iranian New Year is called in Persian, means “new day” and falls on the first day of the spring equinox every year. It is an ancient ritual dating back 2500 years and is rooted in Zoroastrianism. 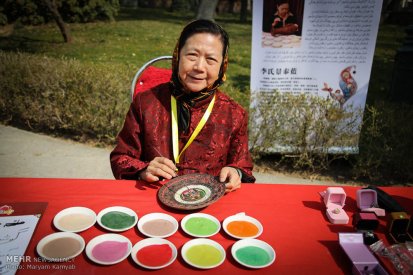 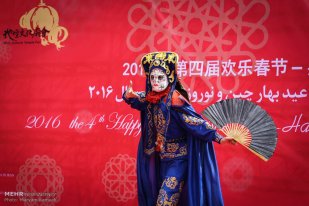 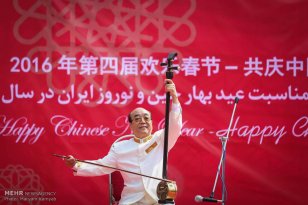 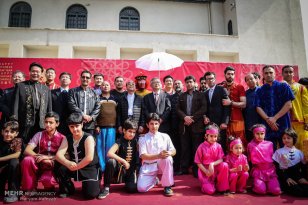 There are remarkable similarities in the ways Chinese and Iranians celebrate their spring festivals, according to Alireza Salarian, consul general for Iran in Guangzhou: It is a time for family reunions, people who live away from their hometowns return for a family dinner. Fish is a common holiday dish, as is a version of the saying, “May you get more than you wish for every year.” Like the Chinese, Iranians enjoy a week long holiday, and children wear new clothes as they accompany their parents on visits to relatives.

While Chinese attach scrolls of blessing couplets on gateposts and offer guests nuts and candy in exquisite boxes, Iranians traditionally present an elaborate table setting with seven items starting with the letter “s” in the Persian alphabet.