Thousands of volunteers all over Iran are helping to eliminate homelessness through a group called Payane Kartonkhabi, ending homelessness, or more literally, ‘ending sleeping in cardboard boxes’. The group not only distributes food among the homeless but also installs fridges on the street so that the neighbours can leave homemade meals for those in need. Payane Kartonkhabi is active in more than 20 cities including Tabriz, Isfahan, Kermanshah, Arak, and Shiraz, thanks to Instagram, Facebook and mostly Telegram.

In Tehran, some shops have reportedly put out refrigerators and invited people to leave food they do not want for homeless people to take. At least one bakery has put out a box of bread for those who cannot afford it. “Bread is free for those who can’t pay,” reads a sign on the box.

A combination of the “wall of kindness” with this initiative has lead to build cottage-like frames with not only a fridge in it but also a closet where people can put their spare clothes. Some even have bookshelves for books donations and others have cabinets where kids can leave their extra toys for others. 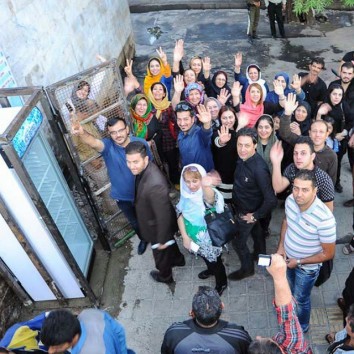 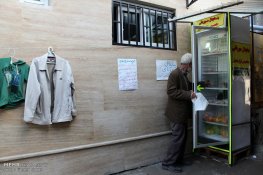 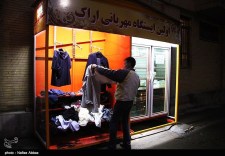 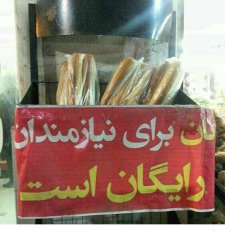 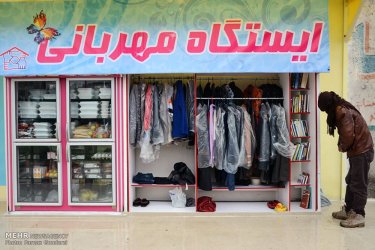 About Payane Kartonkhabi
Ali Heidari, an advertising manager in Tehran, told The Guardian about the tragedy he saw when he delivered meals to the homeless living in Harandi, a neighborhood in south Tehran, with his wife and son in May 2015. After going to friends and relatives, he used social media to ask for help.

On a Wednesday in July, the first group of volunteers went to south Tehran and distributed food. This is now regular. Every Wednesday, at 10pm, volunteers take thousands of food portions to Shoush neighbourhood. “Our record is 5,000 meals in one night,” says Heidari.
The installing of fridges began in October. The idea is simple: those who can afford it will put food in the fridge, and anyone who’s hungry, be it a homeless person or a neighbour, can open the fridge and take something to eat. In addition to that, the group also helps fight addiction among the homeless, taking an approach different from the official organisations. Payane Kartonkhoabi’s goal is to put an end to homelessness in Iran. It holds training workshops for those who are drug-free and tries to find jobs for them.