Located in Markazi Province, almost 300km south west of Tehran, Mahallat was in ancient times an important location for Zoroastrianism. There are remains of Hellenistic architecture from Alexander the Great’s time as well as fire temple ruins dated from the Zoroastrianism era.

Today, the city is famous for its large flower gardens and hold a flower festival every September; some even call Mahallat ‘Holland of Iran’. Professional floriculture in the city dates back to the late 1920’s: A simple worker named Yahyakhan learned about growing flowers from his Dutch foreman in Tehran and took the knowledge with him to his birthplace, Mahallat.

The art of growing flowers was promoted and expanded by Yahyakhan and was later pursued by others. Eight years ago florists of Mahallat won a gold medal for their fresh gladiolus at an international exhibition held in Osaka, Japan. 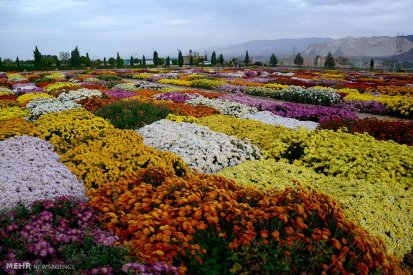 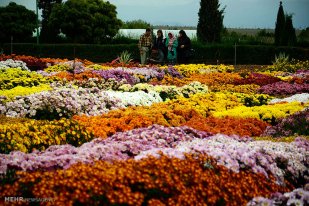 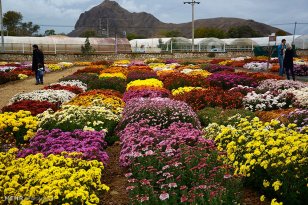 Photos of Mahallat’s Daisies Festival, with more than 600 varieties of flowers, in November 2015

The city is one of the major producers and exporters of flowers in Iran. Out of 35,500 inhabitants, 40 percent are either growers or sellers of flowers or engaged in jobs that are indirectly associated with the flower industry. The region is also the top Chrysanthemums producer in the country, Mahallat’s florists plant 28 million Chrysanthemums annually and from 172 million flowers produced anually the city exports 6 million.

Mahallat also has the country’s largest cactus farm. Cactuses of diverse shapes and colors are found here. The city is an oasis and has a cold climate with strong winds during spring and summer.