Brazil defeated Iran 4 to 3 to win the final game of the 2015 Futsal Grand Prix in Uberaba, Brazil.

Iran advanced to the finals after defeating Paraguay 2:0 and after achieving 9 of 9 possible points in Pool B by winning 7:3 against Uruguay, 4:1 against Colombia and 7:0 against Angola.

The host nation is the most successful team in the history of the tournament with nine titles while Spain has won the competition once in 2010. Iran has finished in second place three times and in third place two times out of ten editions.

The Grand Prix de Futsal, first held in 2005, is an international futsal competition of the same kind of the FIFA Futsal World Championship but with invited nations and held annually in Brazil. 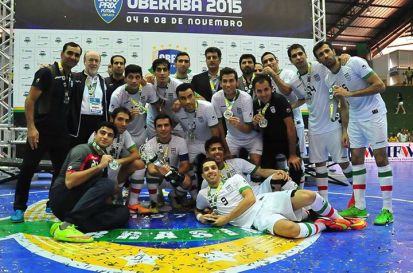