Since his Internet hit, “Bad Shans” (hard luck), Hamid Saeid has become one of the best-known Iranian musicians with African roots. He’s travelling by motorbike across the province of Hormozgan, which is situated in the South of the country on the Persian Gulf, in order to realize his dream. He wants to organize a concert with the best black musicians in the country.

Besides Persians, Indians, Arabs and Europeans, the province of Hormozgan, Iran’s “black south” has been influenced primarily by the descendants of slaves and merchants from Africa. Although Shiites, they still hold Voodoo ceremonies just as their African ancestors did and wakes in Hormozgan are more reminiscent of scenes from New Orleans, with the mourners dancing in an elated and joyous manner to black rhythms.

Filmmaker Kamran Heidari accompanies Hamid Saeid as he attempts to make his dream come true. He must overcome numerous hurdles along the way: Hormozgan’s landscape, which is as inhospitable as it is breathtaking, traveling from the coast over rugged mountains to the desert, the African spirit rites; and the resistance of his wife, who is completely against his plan. 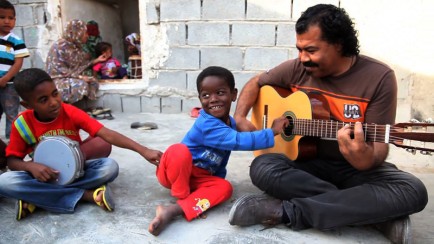 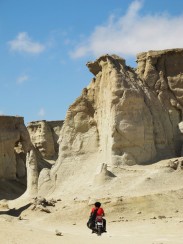 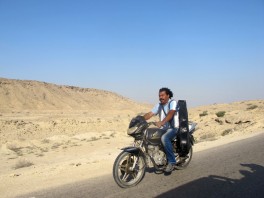 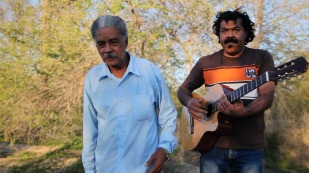 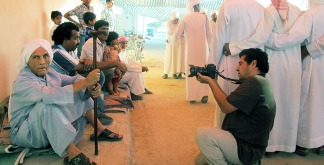 In an Interview Mr. Heidari talks about the healing tradition of Zar in the south of Iran: “There are wild winds (Dingomaro) coming from Africa and these winds are always in movement. Sometimes these winds take over ones body and then they will stay inside. This is when the Zar ceremony becomes necessary”.

The healers and masters of Zar ceremonies are called Mama Zar or Baba Zar, depending on gender, and by beating the drums and chanting MamaZar or BabaZar will drive these wild winds away. During the filming of the documentary, Kamran Heidari was asked many times to let Mama Zar drive the Dingomaro away from his body but he declined saying that he has made peace with these African wind spirits and has made friends with them. He would like to keep them in his heart.

By incorporating African rhythms into the music that he plays, Saeid succeeds in preserving his heritage that he then shares with others. But, at the same time, cultures are dynamic: by mixing African and Iranian beats, he is recreating traditions and moulding them into a new form of hybrid identity. Holding an ‘African-style’ concert in an area where many have rejected, or forgotten about their roots can be challenging. Heidari, together with Saeid, show us how to value this cultural heritage and give it a meaning through music. It was screened as part of the UCLA Celebration of Iranian Cinema in May 2014.