Amirkabir University of Technology (AUT), formerly called the Tehran Polytechnic, is a public research university located in Tehran, Iran. AUT is one of the most prestigious universities, and the first established technical university in Iran, referred to as “Mother of Industrial Universities”.

Over 500 students of the Amir Kabir University of Technology celebrated their graduation in the university’s campus on Wednesday, January 14th. 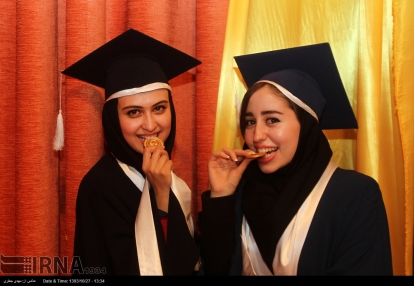 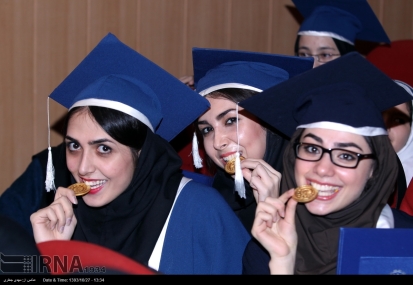 The university was first founded by Habib Nafisi in 1958 and then developed by Dr. Mohammad Ali Mojtahedi, during the reign of the Pahlavi dynasty. Originally named the Tehran Polytechnic, it began its activities with five engineering departments. In 1978 the Tehran Polytechnic was renamed after the famed Iranian Prime Minister Amir Kabir (1807–1852).

Presently the university has grown to an elite school of science and engineering education with the capacity of about 10,000 students in 35 undergraduate majors, around 90 M.Sc. majors and 36 Ph.D. and post-doc programs. Acceptance in all levels of education in AUT is very competitive and only top students can enroll.

The library and document center at AUT, the largest technical and engineering library in Iran’s capital, is one of the richest academic libraries in the technical and engineering field in the region. This library includes a central library and 16 satellite libraries in Tehran and Bandar Abbas. This library includes more than 5 million books which are mostly about computer.