Gorgan is the capital of Golestan Province, Iran. It lies approximately 400km to the north east of Tehran and some 30km away from the Caspian Sea. It has a population of ca. 270.000 inhabitants. Some 150 km (93 mi) east of Gorgan is the Golestan National Park.

The city was named Hyrcania in ancient Greek records, the equivalent of the local name Varkâna “Land of the Wolves” in Old Persian. Although modern Gorgan is only a city and county sharing the same name, ancient Hyrcania was the name of a greater region on the southern shores of the Caspian Sea (encompassing all of the present day Golestan province, as well as some eastern parts of the Mazandaran province, and some southern parts of the present day Republic of Turkmenistan). Until 1937 the city used to be known as Astarabad.

Only 5km southwest from Gorgan, covering an area of approximately 185 hectares is Alangdareh Park. These beautiful autumn pictures were taken there. 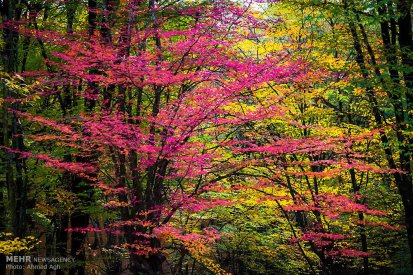 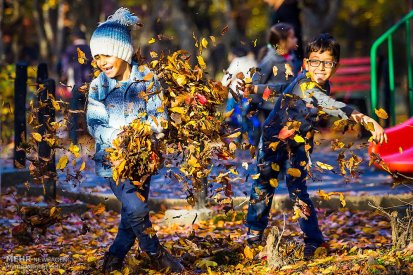 In general, Golestan has a moderate and humid climate known as “the moderate Caspian climate.” There exist three different climates in the region: plain moderate, mountainous, and semi-arid. Gorgan valley has a semi-arid climate.

Gorgan (as well as the whole Golestan province) has a world-famous carpet and rug industry, made by Turkmen. The patterns of these carpets are derived from the ancient Persian city of Bukhara, which is now in Uzbekistan. Jajim carpets are also crafted in this province.