A mere hour’s flight south from Tehran, a visit to Isfahan could alone justify a trip to Iran.

It is hard to say whether the city’s immense charm lies in its aquamarine-tiled mosques and elegant gardens and palaces; in its location at the foot of the snow-capped Zagros mountains and along the curve of the Zayandeh river with its fairytale arched bridges; in its unique, majestic urban plaza and its evocative bazaar; or, year-round clear blue skies. Winters here are crisp and cool, summers sizzling, and spring balmy.

Undoubtedly the most elegant city in Iran, Esfahan was the Persian capital for a hundred-year period from 1588, when it flourished under the rule of the arts-loving despot Shah Abbas I. Traditionally a crossroads for international trade and diplomacy, the city has never ceased to wow visitors.

However, Esfahan is more than a living, breathing work of art: it is an industrial supremo, a modern, cosmopolitan city, with a population of over 1.5 million. Ethnically diverse – the Christian and Jewish minority live alongside the Muslims in peace – the streets are alive with the irrepressible vitality of its youthful residents. Whether you strike up a conversation with a local, lose yourself in the winding alleys of the old quarter or relax in one of the city’s cosy teahouses, you too will fall under Esfahan’s spell. 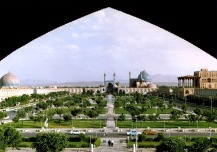 What to do First stop has to be Naqsh-e Jahan Square, in the centre of town. Begun in 1602 and originally used as a polo ground, it’s one of the world’s largest – beating Russia’s Red Square – and is now a UNESCO world heritage site.

The grassy fountain-filled courtyard is the perfect spot for people-watching, a picnic or simply soaking up the splendid monuments that surround it, such as the massive Imam Mosque complex. Adjacent to the Imam Mosque is the more intimate Sheikh Lotfollah Mosque – its intricately tiled dome never fails to mesmerise visitors.

Opposite it, is the Ali Qapu Palace, one time roost of the Safavid rulers, and at the far end is the entrance to the Grand Bazaar. It, like the covered arcade that runs around the square, is your best bet for booty: miniature paintings, decorative tiles, enamel vases and plates, jewellery, carpets, clothes and accessories – from colourful scarves, to fake designer handbags, rupushes, a type of long coat, and hijabs – as well as nuts and sweets. The city is famous for gaz, a type of nougat. 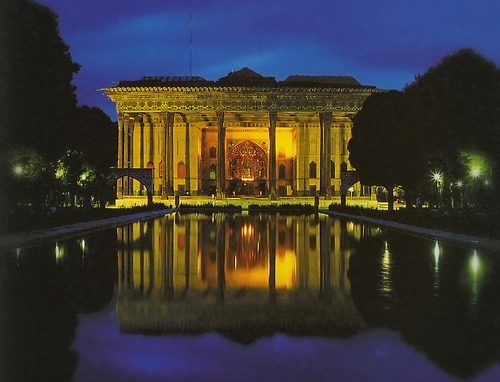 Drag yourself away, if you can for another opportunity to savour high Persian culture in the form of Chehel Sotun Palace, with its mirror work, pillared hall and landscaped gardens, now filled with gaggles of friendly students. Conveniently, it’s also in the vicinity of the Museum of Contemporary Art, which exhibits works by both local and international artists. 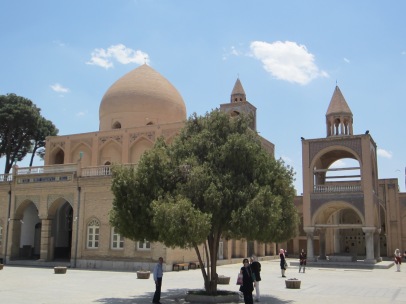 Don’t forget to check out Jolfa, the Armenian quarter, south of the Zayandeh River. It’s dotted with churches, including Vank Cathedral which is famous for its striking religious tableaux. Whatever you do, be sure to take a sunset stroll along the banks of the river to the striking Khaju Bridge, a discreet haunt for courting couples.